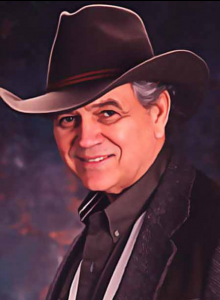 L J  Martin is a multi-tasker big time.  Not only has he made a success in real estate and as a contractor, runs a terrific marketing business for his author wife and is a genius at digital publishing, but he's a talented writer himself with 20 novels and numerous short work and articles to his credit.
Larry Martin
Larry has a wonderful story in Cactus Country Anthology Volume I.  I've read it twice. Here's a chance to read just a snippet and when you can't stop thinking about it you can order the book by e-mailing me at TheCactusCountry@aol.com
To Ride a Tall Horse
But by that night, the water bag was empty.
With the morning his mouth tasted as fresh horse dung smelled, and by noon of the third day, like dung-dust. Still he carried the bag, for if he found water he would have to have it. And searching for water lengthened his trip. Each time he would see a patch of green willows or a grove of cottonwood, he would move away from the trail to check and see if a spring or seep was the source of the life color. But so far, it was not. Finally, in a cut in a hillside, he found a seep. But less than that, really. It was a slow drip. Again, he could not wait for the bag to fill. He slept there that night, drinking a few good mouthfuls, but only getting the bag a quarter full before he walked on. The mouthfuls had been enough to wash down the third tortilla. He carefully placed his handful of beans into the goat gut so they would soak, and even though he had nothing to cook them in, he could eat them raw if they were soft.
By noon, he thought this would be the longest day of his life.
By the late afternoon, he looked down across what must be the San Joaquin Valley. It stretched out before him as far as he could see in the hazy heat of summer. The trees were behind him now, and in front was only a broad savanna of low grass. And he knew that somewhere beyond that was a sage and greasewood desert until the bottom of the valley, where there was life-giving sloughs and swamps.
But where, nearby, would there be water?