Booklist has called Johnny D. Boggs "among the best western writers at work today."  He has won the prestigious Spur Award from Western Writers of America twice, in 2006 for his novel Cam Ford, and in 2002 for his short story "A Piano at Dead Man's Crossing." His novels Ten and Me and The Hart Brand were Spur finalists in 2000 and 2007, and he won the Western Heritage Wrangler Award in 2004 for his novel Spark on the Prairie.
I met Johnny Boggs last year at the Ozarks Creative Writers Conference in Eureka Springs, Arkansas. It was my 17th year at OCW conference, and my first year as a board member. Johnny was also elected to the board so I had the opportunity to talk to him. He's the "real deal" as Dusty likes to say. He lives in New Mexico and has written too many books and articles to mention here. Besides the western genre, Johnny is a travel writer. That's what he spoke about last year in Eureka and it made me want to try my hand at travel writing too. He's a great speaker, and a great writer. Check out his website and learn a little more about him...then go out and buy one of his books. 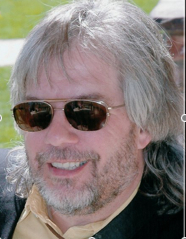 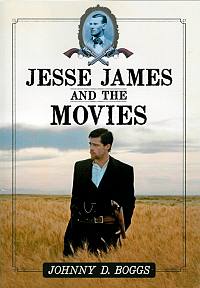 Johnny's Website
A peak at the story Johnny has in The Cactus Country Anthology Volume I
Plantin' Season
Far as we could tell, the two dead men had nothin’ in common, not at first, no how. Strangers they was, to us and themselves, when they sat down inside Jess Leach’s bucket of blood and commenced playin’ poker. If they introduced themselves, Jess never heard ‘em, and he didn’t ask nothin’ hisself because Jess is a polite sort of fellow. So forty minutes and too much forty-rod later, them two strangers pulled out their six-shooters and blasted one another to Kingdom Come.
Now, truth be told, things like that happened with some frequency on Willow Creek each spring, when folks started comin’ back to the mountains to work their claims. Most miners and townfolk knowed better than to winter in this country, no sir. They’d head south, spend their earnin’s, then come back when the snow began meltin’ to make their piles again. You see, miners, and the parasites that follow ‘em, tend to be like rattlers. When they come out of hibernation, their tempers are short-fused and hard.
Jess called it Plantin’ Season, and, come every spring, we planted many a man up on the ridge overlookin’ our town of canvas tents and rawhide log affairs like Jess Leach’s saloon.
The spring I tell about, however, proved to be a mite different only ‘cause, like I done said, Jess Leach is a polite fellow, and a man of his word, unlike most beer-jerkers who work gold towns. Which brings me to the two dead strangers at Jess’s Mayflower Saloon. The shootin’ didn’t last long. Seldom does. The fellow with the handlebar mustache, he expired immediately, but the other gent, the one in the black broadcloth and high-topped boots with pretty crescent moon inlays, he lasted a few moments, chokin’ on his blood and the thick white smoke that clouded the insides of Jess’s place the way it always done durin’ Plantin’ Season.
“I’m kilt,” the man told Jess. “Don’t bury me in some unknown grave.”
Problem was, he joined the fellow with that well-groomed mustache before he could tell Jess exactly what his name was, so there they lay amongst the sawdust and blood, with Jess just a-squattin’ there and scratchin’ his beard when I come upon the scene after hearin’ the shots and enterin’ the Mayflower to investigate.
Posted by Unknown at 7:55 AM