My Trip to Red River

Recently, my son Josh and I made the drive from St. Louis to Red River, New Mexico. I'd been to New Mexico before but never that far north. The Red River area is amazing. Dusty Richards took us on a tour of Taos County and one remark he made stuck with me all the way home. He said that people were there, with prosperous communities of Mexicans and Native Americans, for centuries before this country's western expansion. When I got back to St. Louis I researched the Red River area and reference after reference said, when explorer, fur trappers and prosepectors discovered the area they put River City, as Red River was first called, on the map. With such a vast and populated community already there, how is a place discovered by visitors? 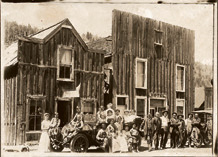 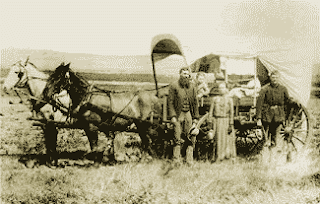 The mountains surrounding Red River are the Sangre de Cristos, name by the Spanish explorer, Antonio Valverde y Cosio in 1719. The name means "Blood of Christ" because of the impressive reddish hue of the snowy peaks at sunrise called alpenglow. When they found silver and gold and other metals in the mountains, Red River's population soared. There were two general mercantiles, a livery stable, two newspapers, a sawmill, blacksmith shop, barber shop, more than a dozen saloons, several hotels and boarding houses, a dance hall and a hospital. There was also a red light district with plenty of gambling and bar room brawls.
Now Red River is a peaceful resort town with skiers and hikers filling its narrow streets during the snow season, and people just wanting to enjoy the mountains during the rest of the year.  Oh, and the reason for my trip was to join a group of writers to discuss writing and marketing. That was worth the trip right there. Jodi Thomas, the NY Times bestseller, has a condo in Red River and years ago she had the idea of getting together with some friends in a very informal setting and just "talk writing." It was great. I met some neat people from all over the West. They were amazed that I'd driven all the way from St. Louis to be there. So was I. I don't look up miles when I travel. I look at the map and "guestimate." My problem with this trip was that in my head I thought...okay, I go through Missouri, through Oklahoma...and poof, I'm in northeast New Mexico. Three states. No problem. I figured 12 hours. It takes me 16 to get to Savannah, Georgia, a place I visit often. So Red River would seem like a simple jaunt down the road. Wrong! I wasn't figuring that the pan handle of Oklahoma is like driving through three states all by itself. What a drive. But I plan to make it again next year.